Some epic news has just dropped! Activision are remaking the spectacular Tony Hawk's Pro Skaters 1 & 2 in one, beautiful, amazing, 4K package for PC, Xbox One and PS4. 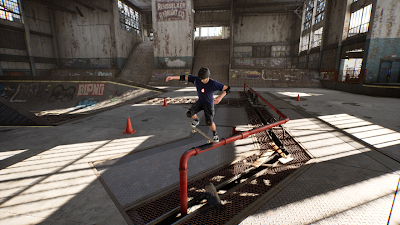 Why are you talking about video games on the best music blog in the world, Chris? Well, friend, the answer to that is easy: Tony Hawk's 1 & 2 had Fuckin' bangin soundtracks!! I am excited as hell!!

If you're my age and into the same things I'm into, your fondest memories will be kick-flipping around downtown Chicago, grinding along handrails in a virtual mall or doing lip tricks on the edge of a school swimming pool. Also, like me, you're probably into the music you're into because of the soundtrack to these games!

I can honestly say, I'd probably never heard 'May 16' by Lagwagon if it wasn't for THPS2, and now it's one of my favourite songs of all time. I am a huge fan of Primus, the first track I ever heard was 'Jerry Is A Racecar Driver' on THPS!

Licensing laws are a tricky thing to navigate these days, so I don't know what songs will make it into the remake, but take a look at the trailer above, featuring 'Police Truck' by The Dead Kennedys! Activision assure us 'Superman' by Goldfinger makes its return, and let's face it, that's the one we want!

It's out September 4th, and hopefully it's gonna kick ass!!

In the meantime, here are my top 10 tracks from the original 2 games!