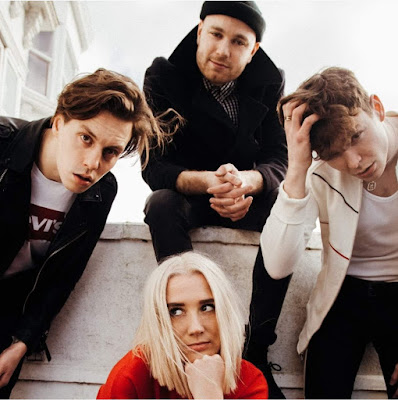 Supporting Andrew WK must be the most difficult job in the world. As a room is filling up with punk rockers and metalheads dressed in white, the mood feels tense, everybody wants to mosh, run around and, well, party. I'll admit, we are massive Yonaka fans here at ALOMR, but I was slightly worried about their placing here, a dark, indie-pop band supporting this iconically happy monster of rock.


What the fuck was I worried about? Yonaka, from Brighton, are one of Britain's best up and coming bands, with an exciting year ahead of them. Not only did they bring it, they stole a bit of it from Andrew WK!! 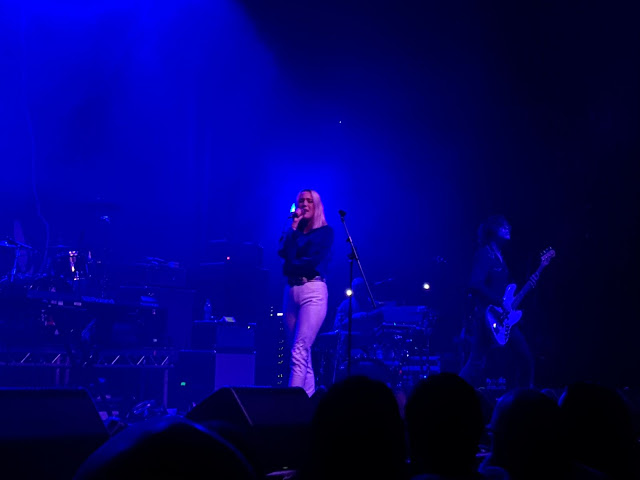 Hitting the ground running, they started with ‘Bubblegum’, an insanely catchy and deceptively heavy sing-a-long with a thunderous, pounding chorus juxtaposed by edgy vocals that lie somewhere between full operatic vibrato and old school hip hop.

These vocals come from the lungs of Theresa Jarvis, every bit the frontwoman, as she strutted around the stage taking complete control, with stylish dance moves, smiles and plenty of emotion.
Yonaka are completed by George Edwards on the guitar, headbanging and moshing as he booms out heavy riff after heavy riff, Alex Crosby on the bass, crunching away and providing a stable backbone, and Robert Mason, tucked behind the drums and a seemingly endless supply of gadgets to smash and bash, creating some wonderful noises. 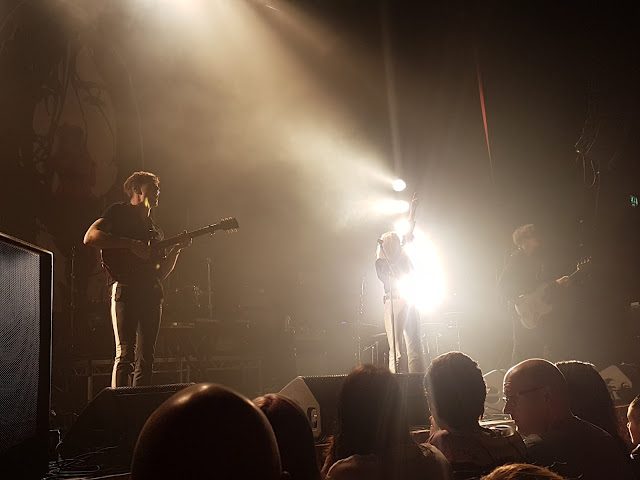 As I said before, this blog completely loves this band, they find themselves on every playlist for every road trip or live show expedition, so I may have either gone in a bit biased or with high expectations. This was my first time seeing Yonaka live, and they totally lived up to the hype I had created in my own head. I had also built them up way too much to my wife, saying “Make sure we get there on time. They tweeted me, they're on at 8. This band rock. You'll love them. Go for a wee now, you can”t miss any of it, get me a beer on the way back, I'll be at the front.”
They more than lived up to expectation, and even spoiled us with a few new songs, 'Waves' was a particular highlight and one I will look out for. But nothing felt as strong as ‘Fucking With The Boss’. The anthem that closed the set and left everyone I spoke to absolutely buzzing for Andrew WK. It will feel as at home in a divey bar as it will on a festival stage. We will be all over this single when it drops. It kicks ass!!!


Make sure you go see Yonaka live when you can. The small venues won't contain them for long. They are aiming big, and they have the weapons at their disposal to do it. If you like Royal Blood, Wolf Alice, modern grime or 90s grunge, there is something here for you. If you like the sound of Gwen Stefani, but you wish she had the intensity of Biffy Clyro, check this band out. I'm so excited to see what's next.

Go look at them on Instagram, go listen to what they have to say on Facebook, and just like me, go pester them on Twitter (I promise I'll stop fanboying you soon, guys).
Most importantly, go listen to them on Spotify and all the other places you can listen to music, they are dead good at it.
By Mr Foxon - April 21, 2018