In these times of MySpace, Instagram, Twitter and Faceparty, it is almost impossible to remain elusive. We know everything about our celebrities. We know about Corey Taylor's testicles, Noel Gallagher's feelings towards Scotland, and Kanye West's… well everything. This makes Tool seem rather unique. We know exactly how much they want us to know, which isn't much.


So, without taking selfies on private jets, bringing out a set of Pop Vinyl figures or even appearing in their own music videos, how have Tool publicised themselves enough to headline major festivals? The answer is so simple. Tool fucking rock!


Last week Tool finally released their back catalogue onto streaming sites. Before now, the only legal way to listen to Tool would be to buy a record. Don't get me wrong, the best way to listen to Tool is playing one of their 4 stellar albums from front to back, but to have them on Spotify, to be able to add their tracks to playlists, or listen to them in the gym, is such a cool thing!


This may also open up Tool to an entirely new fanbase. The casual metal fan who never really got them, or the younger listener who has never bought a CD or even seen a cassette tape. For those people, I have put together a "best of" playlist of Tool songs. However, I don't want you to listen to it. Tool aren't a casual band that you put on in the background, or just listen to a couple of tunes while waiting for your bus. You listen to Tool and that is what you do. You turn the lights off, you play the album from start to finish, and you get lost in the music. 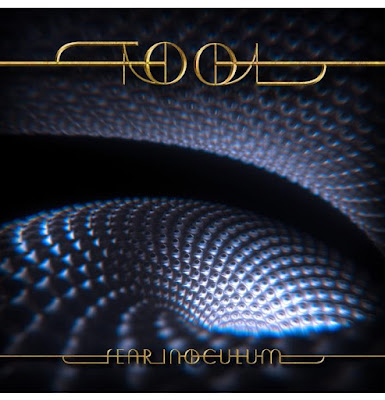 If the music finally being streamable isn't enough. Tool have also released the title track for their new album 'Fear Inoculim', their first studio recorded release in 13 years!


The almost 11 minute song begins hauntingly and atmospherically, until the psychedelic instruments join the track one by one. Danny Carey's drums, as with many Tool songs, take centre stage, the unpredictable time patterns confuse and unsettle you. That is until Maynard James Keenan's distinctive, liquid soft vocals calm the mood. Guitarist Adam Jones keeps the rhythm and leads the ever changing sound, while Bassist Justin Chancellor keeps the whole thing sounding very familiar. This is a Tool song, this is what we are used to, yet it is brand new. It's precisely what we needed to hear, and exactly what the band want us to hear. 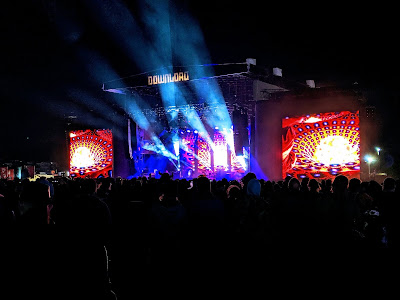 I saw Tool for a second time at Download Festival this summer, and once again they mesmerized the crowd. They do everything so differently. There is no focus on the musicians, Maynard doesn't even have a spotlight on him, instead choosing to stand at the back of the stage, often not even facing the crowd. In Tool Maynard isn't a front man, he is merely another instrument. Tool don't post their tea on social media. I've never seen a single gym selfie of Danny Carey, and to be able to move about the drum kit the way he does, just 2 years away from being 60, he must have an intense gym regime. No, Tool aren't the social type, choosing to put graphics and videos on the stage screens rather than themselves, but when they sound the way they sound, the music completely speaks for itself.


The album, Fear Inoculum is out at the end of the month. Before it drops, I insist you go listen to Ænima and Lateralus from start to finish, just to get yourself prepared. Once you do, you will almost certainly want to listen to Opiate and 10,000 Days from start to finish too. Then, maybe, just maybe, you will be ready for Fear Inoculum. I know what to expect, any Tool fan knows what's coming, and at the same time we have no idea what to expect. It's all very clever!


Fuck it all! Tool are back!