In a week where Childish Gambino has destroyed the internet, and Arctic Monkeys released the most polarizing record of their career so far, us here at ALOMR have decided that now is a great time for us to put up weekly columns where we can natter away like grannys on cocaine.


This is mine. I'm Chris, I like my metal loud, I like my punk rock fast, I like hoppy beer and nice smells. I'm a white guy with dreadlocks who hates white guys with dreadlocks. You can call me Foxon, or C-Fox, or ginger twat, or Thunderflame, or Chris.


Let's start where I need to start. Childish Gambino. Fucking hell! Is it already the most watched video on YouTube? It should be. If you are an alien whose only link to Earth is this blog; first of all, congratulations, this blog is the best thing on earth. Secondly, Childish Gambino is the alter ego of Earth’s best actor, Donald Glover, who is in a Star Wars film, with loads of you aliens, and he is also gonna be the voice of Simba in a live action remake of Earth’s best film, The Lion King. He is a big deal, and this week he made a music video about gun crime in America, and it's insane! It totally caught me off guard, and i must have watched it 30 times already. It’s so powerful in its symbolism. Or perhaps it isn't symbolism, perhaps it's blatant, what you see is what you get. Either way, it's shocking, it's relevant, it's a goddamn work of art and it's brilliant.


I guess I should talk about the new Arctic Monkeys album too. I haven't heard it yet, so I won't.


So, what have I been listening to? Remember Space? My wife had never heard ‘The Ballad Of Tom Jones’ when it came on in the car on our bank holiday trip to Blackpool. I think she enjoyed it, I'm not sure, but I did, so I've been listening to their second album, Tin Planet. I don't think i gave it enough attention back in ‘98. I always preferred their first album, Spiders, but after this week, I feel teenage me may have been wrong. Cracking album, so much fun! Avenging Angels is a banger of a tune!! 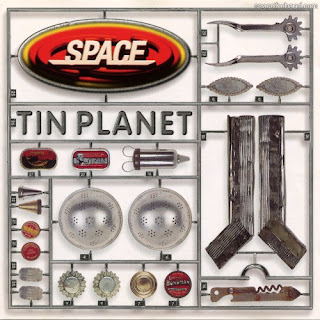 Elsewhere this week, blog favourites Yonaka finally released Fucking With The Boss. I'd heard it for the first time when they supported Andrew W.K. a few weeks ago, and I loved it. I was extremely excited for the studio version, so I could have a proper listen. It came out yesterday, it's so sick. Go listen to it now. Yonaka are going to take the world by storm, and this is another massive step in the right direction. Their best work to date. Its my song of the week. Song of the week is totally a thing I'm doing. I just decided that.


Bastille did a new song too, it's called ‘Quarter Past Midnight’. First new music from the alt-pop heavyweights for a couple of years. It pretty much reads like a paint-by-numbers Bastille song. Its catchy, it's fun, it sounds like summer in the 80s and it's going to make us all fall in love with Dan Smith's voice again. It's tailor made for this lovely weather we are having.


So, that's it from me. I hope you enjoyed your little glimpse into my brain. Remember Foreigner? The 80’s power ballad band who did all those cheesy songs your mum likes? I'm off to see them tonight. Should be fun. But, it means I'm going to miss the Eurovision song contest. I've heard most of the songs though, it's gonna be good fun, I'll hopefully avoid spoilers and watch it tomorrow.
I'm pretty certain Israel will win! See ya next week.


Selfie of the week: 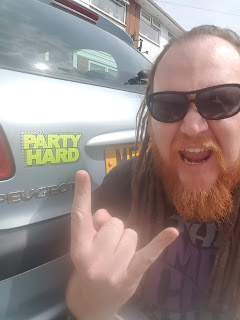 Song of the week: