I'm not sure what day I post this weekly round-up of my random thoughts on. Just when I post it, I guess.


It's probably best I don't mention the football, mostly because this is a music blog, but also because it will make me cross. 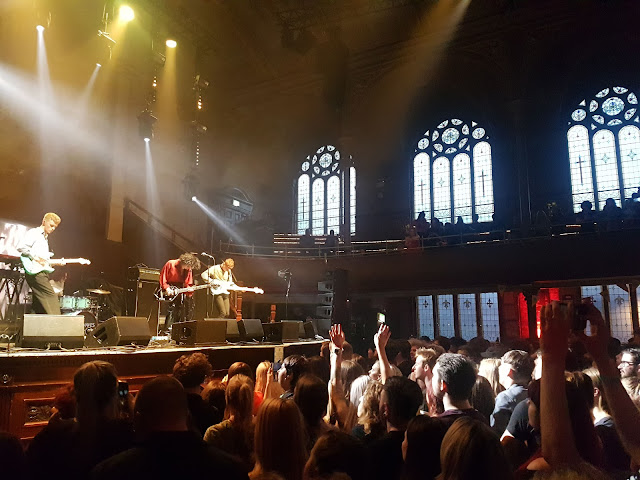 Me and ALOMR commander in chief, Michael, popped along to dot-to-dot festival in Manchester on Friday. We saw Pale Waves, they were sick! Such a wonderfully polished sound and a great live show. They made me wonder, though; they are the 4 most stylish people I've seen in ages, do stylish people think “I am stylish, i better get good at this guitar, because people need to see how stylish I am”, or is it more like “wow, I am very good at guitar, I'm going to be super stylish and learn loads of cool shapes to throw”?
I really am rambling on, arent I? Sorry.
Pale Waves were dead good. The main reason we went to the festival, and they made it very worthwhile. A wavy, dark, sometimes spooky and always catchy journey through their best songs, sandwiched between their 2 pop classics ‘Television Romance’ and ‘There's A Honey’. This ensured Michael sang the songs, well, an interesting blend of the 2, on our power walk to the next venue. 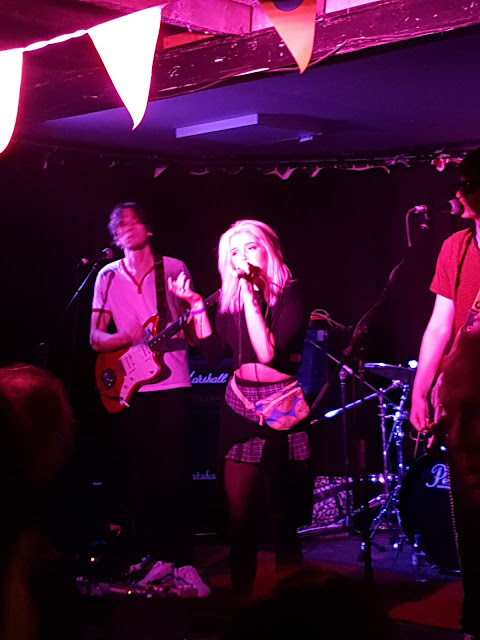 The venue in question was Aatma. We made it just in time to see The Nectars tearing up the tiny room. These kids from New Jersey were so much fun, if you put Garbage and Good Charlotte in a blender and served it up as 90s pop music, you'd get this belter of a band. We had a brief chat with singer, Jess, after the show. I hope it's something we can build on, because there is an exciting future for these guys.


After The Nectars, shit went down! Unexpectedly (for us, at least), hundreds of people crammed into the venue to see Turnover, who had been moved from The Albert Hall. Queues formed outside and a number of people didn't even get to see the Virginian alt-rockers. I feel this may be looked back on as one of those “I was there” moments. Turnover are already a massive band, and they are destined for the stars, so we may look back on this memory fondly. I also haven't stopped listening to them since Friday.


Elsewhere in music. Weezer finally answered the internet's random plea and did a cover of Toto’s ‘Africa’. The only song on Earth with better lyrics than ‘Buddy Holly’. So, nice one for that, Weezer. It's exactly as you'd expect, brilliant!


That's it from me, I can't be bothered writing any more. I'm gonna try reach out to The Nectars for some exclusive stuff. Song of the week has to be Pale Waves and their slippy new video.


Have fun and be good.

Selfie of the week 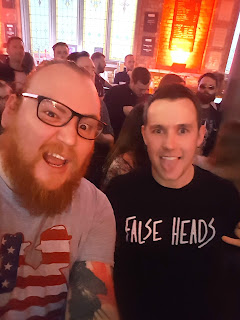 Song of the week