What do you mean you don't have 'Dear Science'?

At this blog we pride ourselves at being on the front line for new music. We go to those gigs that cost £3 a ticket, we stand at the front, we dance, we enjoy ourselves, and then the following morning we write down what we remember, then we go on Spotify and listen to these new bands, and tell you lot about what we love.


That said, we aren't hipsters. We do like established bands, we do like older bands and old music. With that in mind, I've come up with a new feature for the blog. Every now and again we're going to go into depth about one of our favourite albums of all time, telling you why we love them, maybe sharing a story about the album or spilling our guts about the emotions the album evokes. Maybe you've heard it, you also love it, it's nice to read about something you love. Maybe you haven't heard it and the piece inspires you to go listen to it. Maybe you hate it and can't understand why anybody would like this crap. Or maybe this is just for us, to jog our memories and to try and put into words the buzz we get from great music. 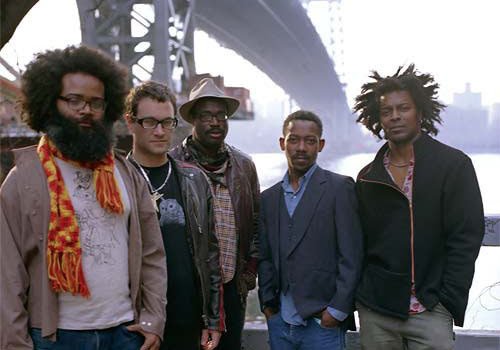 I'm kicking this off with ‘Dear Science’, the third album from Brooklyn’s TV On The Radio, one I'd honestly consider as the greatest album of the 21st Century, an album I have bought 4 times, and an album that turns 10 years old in a couple of days.


September 2008, the United States was just about to embark on an unknown journey. In 4 months time, the 44th President was about to take up residency in the White House. A Black democrat from Illinois who changed the world with one word, Hope.
Music in 2008 was also embarking on a change. Pop, was suddenly at the forefront. Lady Gaga with her Bowie imagery reminded us that pop isn’t just for teenage girls, setting the world alight with her first album ‘Fame’. Katy Perry was kissing girls, Britney was Womanizing and Pink was saying “So What". Even the guitar bands had gone poppy, Coldplay released ‘Viva La Vida’ and even Kings Of Leon had shaved their faces and made songs about fiery sex. Step up TV On The Radio, who had gained a following with their second album ‘Return To Cookie Mountain’, especially the single ‘Wolf Like Me’ which was everywhere!


Wolf Like Me was the first TV On The Radio song I ever heard, it was on Project Gotham Racing 4 and Guitar Hero 5 on the Xbox. I loved it. I downloaded it illegally, and it was on every mix cd I made.
I was working in a skate shop in 2008, and a colleague brought in Dear Science and put it on. After one listen I went and bought it on CD. I would listen to it all the time!! In 2010, which was a the first full year I was with my then-girlfriend (now wife), she had asked me to get her an iPod Touch for Christmas. I did. It was cool, so I got myself one too. The first album I bought off iTunes? Dear Science. I also found a second hand copy of the album in a pawn shop, it was a quid, so I bought that too, and it lived in the car. In 2014, me and my then-fiance took that second hand copy of the album on a 3 month trip around Europe. Driving through Germany, the album inspired me to put my foot down on the autobahn, the album also calmed the impending road rage when driving around Milan. After our trip, we bought a record player and started a vinyl collection. The first record I bought? Well, I think it was a battered De La Soul record, but the first brand new vinyl I ordered off the internet was Dear Science. I love this album.


So why this album? Why not TV On The Radio’s second album? Critically, the second album is better, and it has ‘Wolf Like Me’ on it. For me, though, I think the band really found and perfected their sound on the third album. The production is slightly improved and the album as a whole is more accessible, easier to listen to, catchy and lyrically stronger. The band, somehow, improved on perfection, and Dear Science may very well be my favourite album of all time. 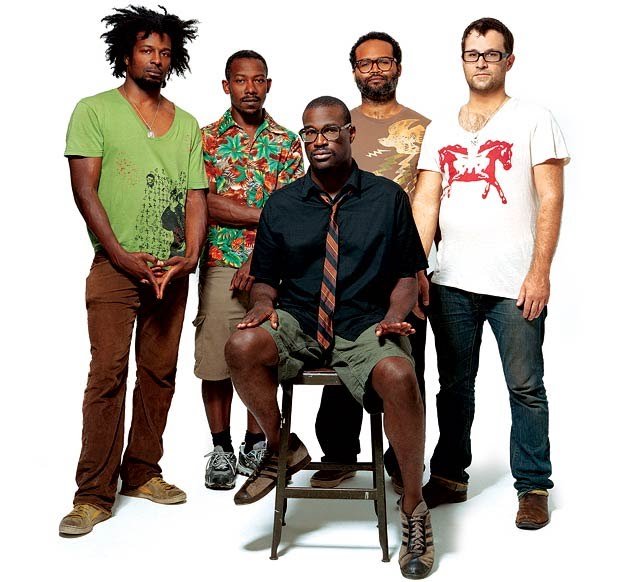 The album starts with a bang. “Halfway Home” burts in with a fast drum beat and vocalist Tunde Adebimpe “baba-ba-ba”ing, picking up directly from where the anthemic Wolf Like Me left off. The eerie vocals of loss and love are juxtaposed next to the drums and quick clapping, relaxing the mood with a synthy backdrop. The high pitched chorus arrogantly displays the vocal range of Adebimpe, with Kyp Malone’s backing vocals delicately calming the track; seconds before he and fellow guitarist David Sitek melt your face with a guitar hook that will raise you too your feet. This isn't the first time this album will make you dance, it's a wonderful way to open up.


What follows is a trip through emotions and a journey into sound. Much like Radiohead did with 'Ok Computer', this is a guitar band pushing the instrument into new territory. Second track ‘Crying’ will remind you of Radiohead as much as it will remind you of Prince, its held together with a funky bass-line from the wonderful Gerard Smith, who sadly passed away in 2011. Track 3 is “Dancing Choose”, a kind of angry social commentary about attention seekers and media whores, whose meaning may get lost in the upbeat music and rhythical rapping, another song that fucking rocks. We're only 3 tracks in and this album is stunning. Can it get any better?


It can! Once we have had our bones chilled by ‘Stork & Owl’, we come to track 5, ‘Golden Age’. The first single released from the album, with accompanying music video, is a chance to showcase Malone’s vocals, however it's the uplifting music that takes centre stage here. With synth, trumpets and more clapping, the song tells us that it's ok to believe in Utopia, it's ok to think things will get better, and, coincidentally timed with the inauguration of Barack Obama, it's ok to Hope.

Next up we are to be haunted. ‘Family Tree’ is a beautifully crafted nightmare. An intelligent look at forbidden love. A collision of differing ideas. The strings and the piano, along with the painful vocals will turn you to tears. A poem, of bygone times and interracial relationships, where old ideas and traditions have killed the idea of love. “In the shadow of the gallows of your Family Tree, there's a hundred hearts or three, pumping blood to the roots of evil to keep it young”. A tragedy that is still relevant today, with LGBT rights still outlawed in many parts of the world, and many parents forbidding these ideas in their children. Forbidding love itself.


‘Red Dress’ follows suit, an anti war anthem that is as sexy as it is angry. With Track 8, ‘Love Dog’ lowering the tempo once again, once again atmospheric with a complicated, jazz drum beat from Jaleel Bunton, and if you ever get the opportunity to see this wonderful band live, it's the drumming that will impress you the most.


As we get to the tail end of the album, the music keeps the high standard going. ‘Shout Me Out’ a song well ahead of its time, paving the way for the indie-pop that was to follow in the later years, starting softly and building to a dancy drop that the Chemical Brothers could fit into a DJ set, with a wicked guitar solo to boot.


Fans of Breaking Bad will know the second to last song. ‘DLZ’ got a second breath of success when it was used in the popular TV Show. A catchy, almost trip-hop tune, and possibly the most accessible song on the album, while still maintaining an air of anger and the anti-war subject of the album.


‘Lover’s Day’ ends the album, and how can you end an album on a higher note than a song all about sex. A gender neutral song about the spice of life. A sex song that doesn't sound like other sex songs. 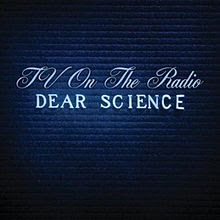 So, there you have it. My thoughts and views on an incredible album. One you should all take the time to listen to, one I think you will enjoy just like millions of people have. I'm sure we will talk about TV On The Radio some more on this blog, they are still going strong and still pumping out fantastic music.