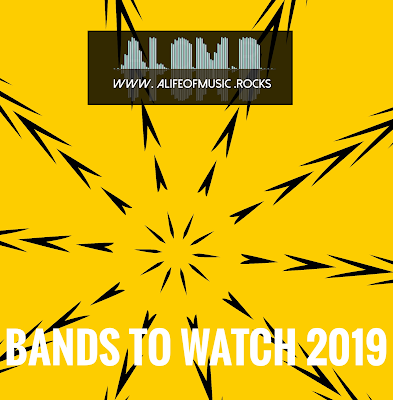 As I lay reminiscent of the last 12months I realise the grip music has on my life is ever stronger. I've broken my personal record of gigs having seen over 50 bands this yest (excluding the other bands I also saw at festivals).
The last few months saw the likes of Blossoms, Ben Howard, Interpol, Anti-flag, Poets of the fall and so much more I haven't written up here either for one reason and another.

As well as some great gigs earlier in the year: False Heads, Sea Girls, Weekend Debt, Meat, The Cure, Pale Waves, PYRO, Able's Army and so many more!

I picked my old Epiphone SG more this year and even moved across to Bass which has been eating my time for the past month - as plan my next ventures for 2019.

So who really made 2018 so great?
Well how about this list of amazing EPs/albums released in 2018

There really are loads more spanning all genres, this is the list that I played a fair bit this year

And some not so great, but equally worth noting:
Florence and the Machine - High as Hope
Artic Monkeys - Tranquility Base Hotel & Casino

Looking back to last year's who I think will make it big this year:

How did I fair? I think some are really making it big and some are still working it, but I have faith.