These days it's so much easier being a music blogger. We don't have to wait for a CD with a hand written label to arrive in the mail to listen to a new song. We can post our thoughts instantly on the internet after we have heard it. Then we can send our readers a link to the song and they can listen to it right away. It's all so simple.


A couple of months ago we told you about a snazzy band from Huddersfield called Able’s Army. We saw them live, we really enjoyed them, we introduced ourselves. Then when we got home, we could instantly listen to them on Spotify and make friends with them over social media. So simple. 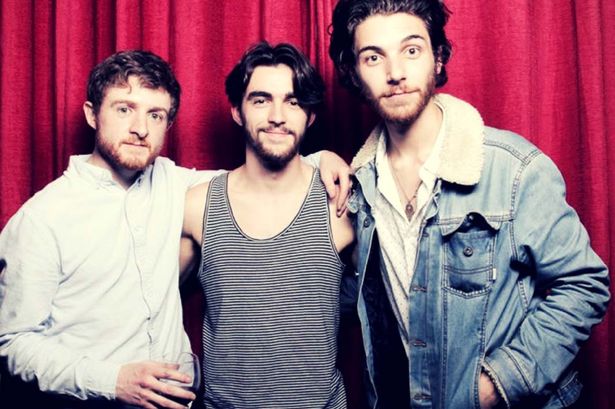 Able's Army have a shiny new song out on friday. It's called Private Eye and we got the chance to have a sneak peek at it. Come back on August 3rd and we will post a link to the song so you can enjoy it yourselves. We think you'll really like it.


The 5 minute jaunt through the mind of a recently broken up man, plays like a song from the other side of the Penines. The Noel Gallagher tones shine through, reminding me of his more chilled Oasis songs, Talk Tonight or Half The World Away. The crooning vocals invoke feelings of John Lennon’s solo work. There is also a catchy guitar solo thrown in for good measure, before the chorus takes a lovely key change.
This is lounge music, with an old school rock ‘n roll backbone, and a solid foundation this exciting young band can really build upon for a very exciting future. 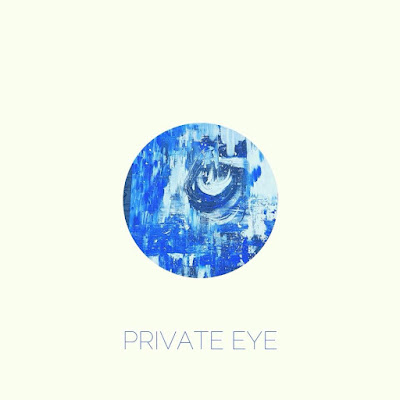 We had a chat with Mike from the band, to learn a little more about the single and get his thoughts on the band.

ALOMR - Welcome back. We are loving the new track, was it as enjoyable putting the song together as it is listening to it, and how long did it take from conception to what we are hearing today?Mike - Private Eye’s probably one of the oldest songs we have actually. When we were first starting out James and I would meet up, get drunk and write songs. About 90% of what we came up with was terrible and didn’t survive the hangover, but this one stood out a bit and there was something to it. It’s had a couple of variations between then and now but we’re pretty chuffed with the finished product.What was the inspiration behind the song, lyrically?It’s hard to pin-point exactly what inspired the lyrics, I’m pretty sure it’s an amalgamation of different sets of lyrics we’d each been working on individually. But I think at its core it’s basically about getting over an ex. Like a very polite and convoluted “Fuck Off!”The tone of ‘Private Eye’ really suits Able’s Army, it's got a distinctive Northern feel to it, and its very stylish. You are still relative newcomers, how easy was it finding your sound as a band? Is this what you've been aiming for?
We haven’t really aimed for a certain style or genre with any of the songs. We just approach each tune as it comes in sort of isolation from the others and just work to whatever suits that song on that day so if it suits us that’s a bonus, Anything in-between disco and country is fair game for us, which could be a good or a bad thing, I dunno?It is! Definitely! So, Where does the name, ‘Able's Army’ come from?I used to write stuff under the name Able Archer and when we put the band together I had big ideas to rip off that whole Hives/Randy Fitzsimmons thing and have Able Archer as a fictional sort of Colonel Tom Parker kind of guy controlling everything from behind the scenes and we’d be his band, ignoring the fact I’d spelt the name Able wrong. In the end it was a bit too elaborate for us to keep up so I sacked it off but by then we’d already had a couple a of gigs so the name stuck.What's next for you guys? Any live shows or more treats coming from the studio?Well we’ve got an ep recorded which is currently being mixed by our fifth Beatle, Earl Haig. Not sure on a release date yet but it’ll probably be in the autumn. And we’ll be doing some gigs around the North in support of it, which we’ll be announcing soon. So both!What are you listening to at the moment? Any favourite artists or local up-and-coming bands we need to know about?There’s some ace bands about at the moment that you should definitely check out; Palmes, Courtyards, FLING, The Maitlands, The Harriets, Capital Eye are all top drawer.Lastly, and most importantly. What's your favourite dinosaur?Well I like that spitty one off Jurassic Park, George says his favourite dinosaur is Keith Richards, and James doesn’t believe in dinosaurs.