Wow what a night (and afternoon) Saturday was, went to see Mest at a small venue in Bolton with several support acts.

We didn't go with our blogging for ALOMR heads on, (I know I know we should be telling you all everything we do, every minute of every day, but I don't and we won't) however, we saw some great bands so I felt it would be rude not to share my thoughts, no doubt the other three will pull some absolute blinders of analysis when they get round to it, oh yes the four of us were all together for the first time at a gig since the old boys 30th!

I went mainly to listen to Mest (obvs), Slimboy and Red Winter (much more on these guys to come). We got there at 4ish and the first band had already been and gone (my fault i was given the option of getting a taxi or having another JD).

The second band were playing when we entered and were just wrapping up there set, next up were Zapiain, we had listened to a few of there songs before hand and am sure were very good but for some reason its a little hazy this part of the afternoon so I cant really give you much more than that....sorry. 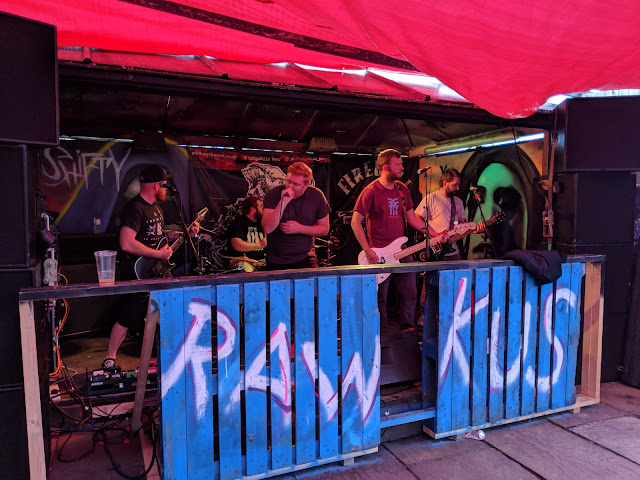 I know Michael has touched on Red Winter but I liked them that much I am going to touch them again, hopefully not with a roundhouse kick to the face, we had a good chat with the lads before they went on stage, I insisted they needed to change the lyrics in one of their songs, sadly I had the wrong band and not for the first time in my life had cocked up (however another member of the ALOMR team made an even bigger balls up with a different band later on in the day... not sure if I will drop him in it or not yet).

Once the guys got on stage and sorted out the sounds (Well done to the sound tech at the Alma by the way he did a great job of getting the bands on stage tuned in quickly!) they quickly thrashed through 6 fantastic skater punk hits, they had some good banter with the crowd and each other, they remind me of Blink around the take of your pants and jacket era, maybe a touch heavier but with the same fun and bounce that they had throughout there gigs.We will definitely be going to see these guys again and soon. 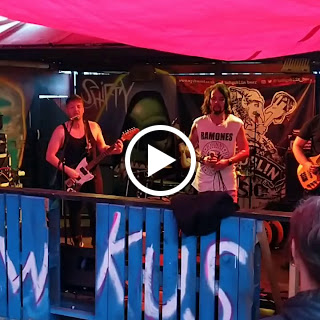 
A new band to us that we hadn't heard before were Kill the Masters, these guys are angry punk, they are coming at a time when it is probably right this particular style to resurface. The group is a three piece outfit with the guitarist and bassist switching instruments and vocals throughout and a solid drummer who holds it all together.
They have some great songs with my favourite being Drugs, its a catchy song that even the Mums can sing along to even if the subject matter isn't the cleanest and did an Usher cover that sounded awesome.
The guys are currently doing their first EP and should have it launched by December, keep an eye out for it although am sure we will give it a mention when it hits!

Slimboy, I don't know what to say about these guys, they are brilliant, yes I am a little biased as they picked me out to say thanks for singing along (I am the annoying dude on the crowd who sings along to every song in my monotone voice) and then got me to sing Hey Jude on the microphone with them.

Their songs Sorrow, Believe in You and Whatever are there best in my mind but give them a listen and tell us which you think. I was told they have just finished touring with the Ataris so I am sure they are destined for big things and I hope to see them again soon leading there own show. 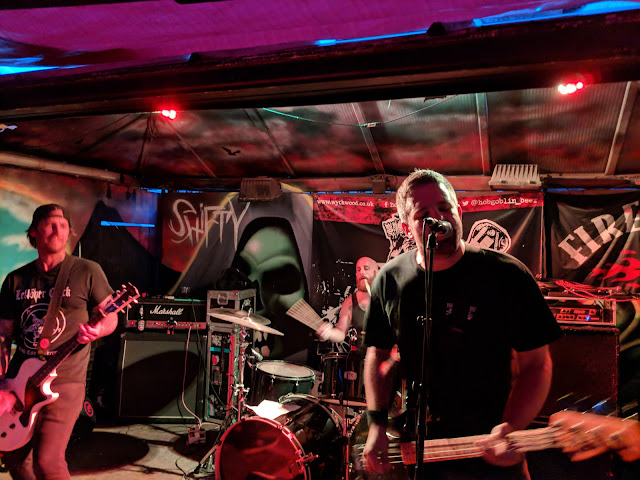 I would also like to point out that I did not take any videos or pictures at the show as I was having to much fun watching some great bands and would like to say thanks to Rawcus events for pulling this together, it was unbelievable to see these bands coming to our home town playing the last bastion of rock The Alma.

Finally onto the main event of Mest, wow 18 years I had waited to see them live and they did not disappoint, from start to finish I was wrapped up in a punk plethora that I still have a fuzzy feeling from now. Tony Lovato slams as stood about a foot Infront of me and all that came between us was a stood up pallet, I thought I wouldn't get any closer but the band were awesome and stayed around after the gig shaking hands and chatting to us all (even though all I could do was state in awe at a band I have lived since being 12 years old) the guys are heading to the studio when they get back home and I for one can't wait to hear what they come up with and to obviously follow it up with another tour... Where I hope to see them supported by Red Winter and Kill the Masters! 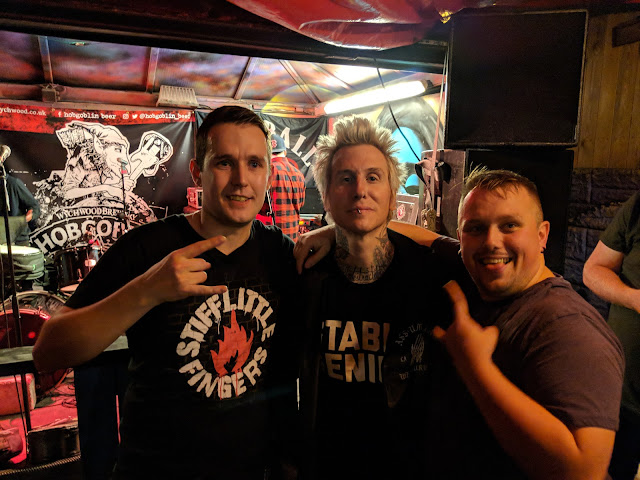