It's Saturday, Burnley, and we're waiting on watching The Breaks.
A 5 piece band from Burnley / Manchester. The guys just recently signed a new manager, a  friend of mine Jason Wilkinson (who recommended them to us).

Getting to Sanctuary was pretty easy, as long as you park outside and don't try any of the mutli-story car parks around, which were shut #shouldhavecheckedfirst.
Alistair, the guitarist, supporting a broken wrist from what we will call a 'football incident'.

Soundcheck was delayed and the bands started a little later than expected. That wasn't the only sound hitch of the night, but this is live music, so... fuck it.

Starting out with Waiting for Titor, who we'd listen to a couple of times and like the sound of. These guys are tight 4 piece that we later found out were from Italy and made the travel to play tonight! Mega Kudos.
They reek of Angry Teen Rebellion, taking us back to the Angst of our youth. Which Mr Foxon was there to confirm is still a popular sub-culture today. 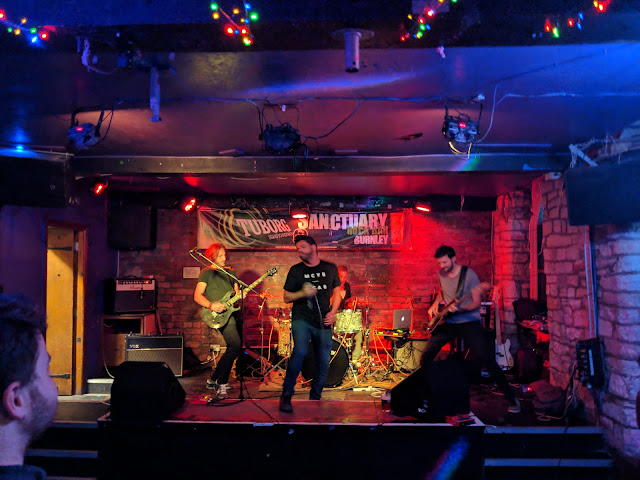 The influence from Nine Inch Nails and Depeche Mode is evident, you can draw similarities with Linkin Park and Poets of The Fall at time's.  These fellas definitely pack a heavy punch live, more than they do on studio recordings. Wish we got more hard energy and head banging metal through on their EP, so I can relive it. 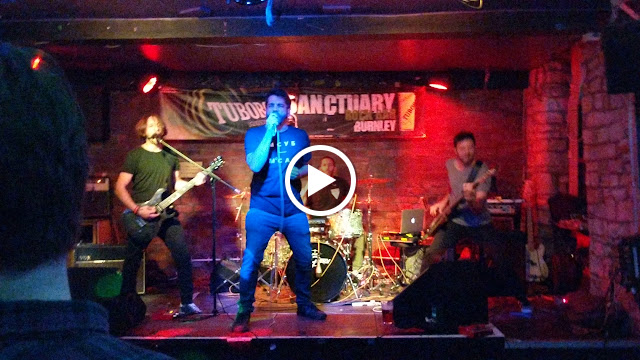 Chuck in some good old head banging and mic swinging, they really kicked the night off!


Over to The Breaks. The 5 lads took to the stage, their front man, and distortion loving lead singer, Niall has an air of early Simon Niel cross Dave Grohl.
The guys sound much better live than comes across on their EPs. With all amps cranked to 11 and a distorted mic - giving them their signature sound, which at times reminds you of an amalgamation of Slipknot & System of a down with James-esq rifts, coupled with Alex Turner / Brian Molko lyrics. 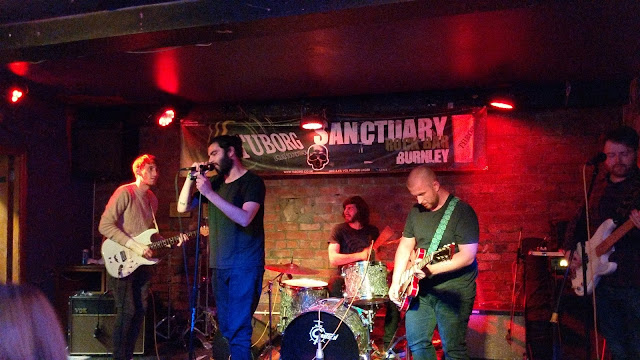 The guys have a raw talent for writing catchy well rounded tunes, with stick in your head hooks and some sweet guitar rifts.

The Distortion is borderline between Good and too much, I can see why the band use it as it as a sweet distinctness, but I could also empathise with critiques from those who want to know, and sing a long to, everyword - sometimes it makes it difficult to follow. Don't let that put you off though, have a little patience and you're really in for a treat. 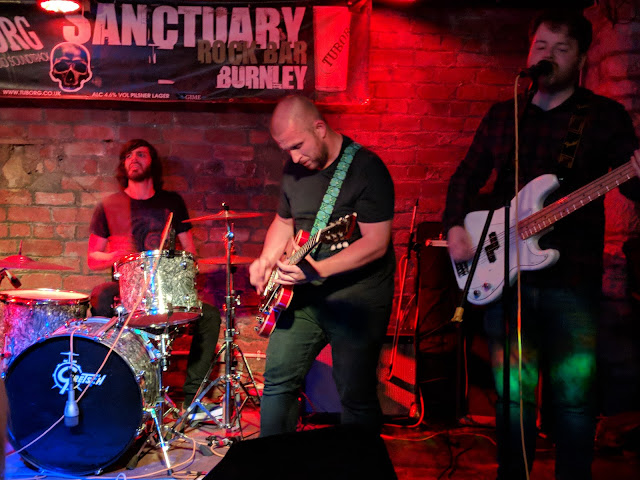 They even dropped a cover of Drake - One Dance which was pretty epic TBF!

We're going to catch up with the guys a bit more and find out about the meanings of some of their songs, there is a trail of mystery and story running through their tracks which we're eager to understand.


A little disappointed when it came to HoneySpider, on paper and on Spotify they sounded rather good - but the volume was far too high. When the lead singer of a metal hand has his finger in his ears  you know it's not going well, that coupled with a Distorted mic, distortion maybe carried over from the breaks, or maybe intentional, really damped their performance.

At this point we split for the journey home, HoneySpider sounded better from outside and we managed to appreciate them more.

Check out The Breaks over at
https://thebreaks.bandcamp.com

Or listen to the three bands on this playlist