Good! I'm glad you feel old, because I feel really old after last night. I went to see Alien Ant Farm and Soil in the Ritz.


Firstly, let me just clarify: I went as a fan last night, I wasn't “at work”, I didn't take notes, did no prior research, and had I not been driving to Southport this morning, I most certainly would have got drunk.


We missed the first band of the evening, Illinois grungers Local H. I do remember their song ‘Bound For The Floor’, back in the mid 90’s when I was taping Blur songs off MTV. So, even the band I missed managed to make me feel old. 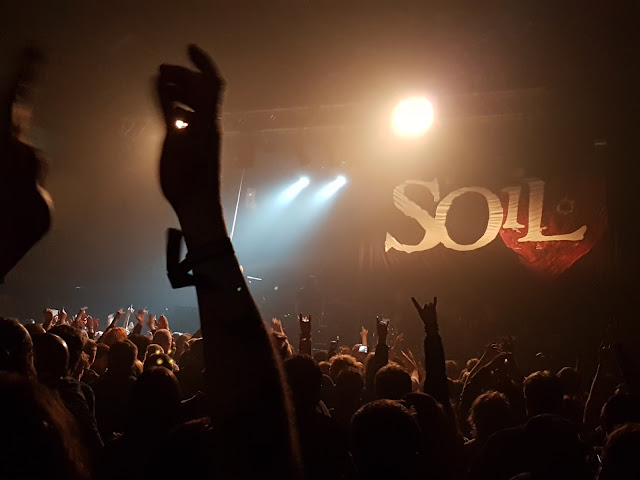 Soil started. The metallers, also from Illinois, were brilliant. They tore the roof off the place. Opening up with ‘Breaking Me Down’ and closing with rock club favourite ‘Halo’. It was their cover of Ram Jam’s ‘Black Betty’ that got the dance floor bouncing, those of you who have been to the Ritz in Manchester will know just how bouncy that dance floor is! My personal highlight was the chilling rendition of ‘Unreal’, my favourite Soil song, from their fantastic major label debut album ‘Scars’. We don't talk about heavy metal much around here, but that album is worth checking out if you like your rock a bit harder.


A change of pace occurred when the headliners took to the stage. Alien Ant Farm opened up with ‘Bad Morning’, while it is one of their heavier songs, it was a stark contrast from the face melting screams we had heard earlier.
By Song 3, the pop-punk smash hit ‘Movies’, the room had adapted and the crowd were singing along and dancing and having a great time. 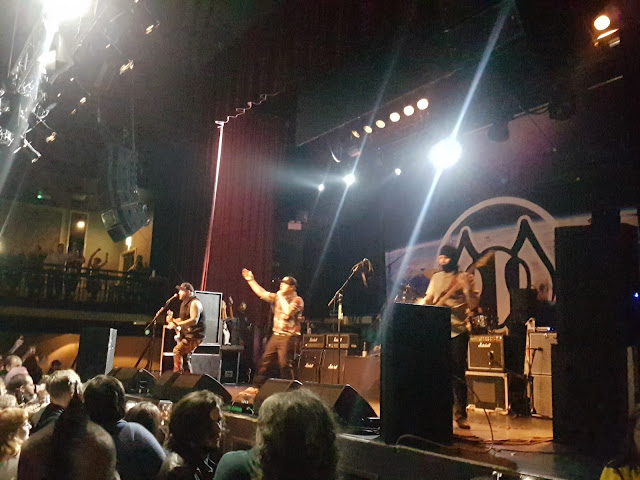 What followed was a nostalgic trip through the fun loving Californians’ impressive back catalogue. We were reminded of the days they crashed awards ceremonies with ‘These Days’. ‘Wish’ was a song I used to listen to on repeat on the soundtrack for Tony Hawk’s Pro Skater 3, it took me right back. Alien Ant Farm somehow managed to make a freezing cold, rainy night in Manchester, feel like a San Franciscan summer 15 years ago.


I will go on record as saying that ‘Attitude’ is one of the greatest songs ever written. I'm going to post the video below, it's such a wonderful tune. An underrated classic. Alien Ant Farm’s best song, and a song that will forever live in my top 5 rock songs of all time. A sentiment I share with singer Dryden Mitchell’s mum. Before the song, he told us it is his Mama’s favourite song in the whole world. He also told us it was Chester Bennington’s favourite Alien Ant Farm song. The song was then dedicated to the late Linkin Park singer, a sentiment met with a massive applause.


The band finished, naturally, with ‘Smooth Criminal’. The room was jumping, clapping, everybody singing along, as you would expect. Mitchell also managed to squeeze in the chorus of CeCe Peniston’s ‘Finally’, insuring the song was stuck in everybody's head as they left the venue.


All this talk of Chester Bennington. All these childhood memories. All these old great tunes I used to listen to in the bedroom of parent’s house. Last night made me feel old. I drove to the gig. I didn't drink. I'm a grown up now. But, I'm a grown up that has lived through 3 generations of music. I have witnessed the birth of new genres, so many eclectic variations of music. Why can't a metal band and an alternative rock band tour together?
I am 34 and I'm starting to feel old.
...and it feels great!