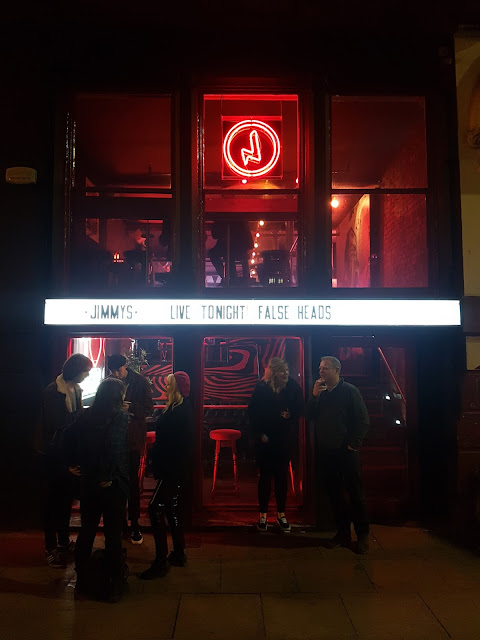 I usually wait at least a couple of hours before I spill my guts about a gig. Let the energy subside a bit and try to write something coherent and witty, usually the day after. I'm writing this right after seeing False Heads in Jimmy’s, Manchester. 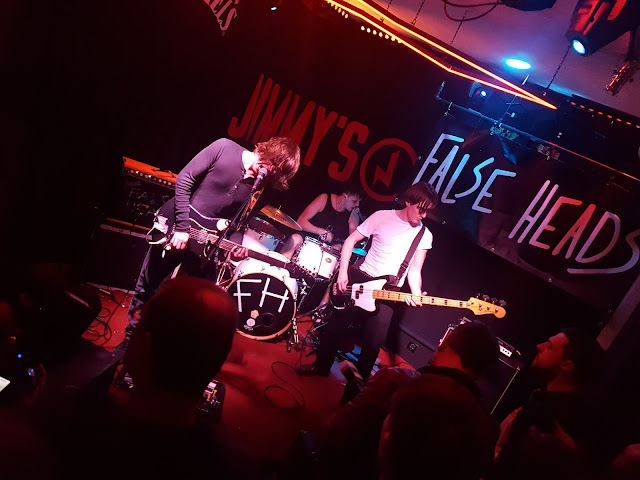 False Heads are, on paper, a three piece indie band from the East of London. False Heads tonight were a punk rock band in Manchester.
They are a rock photographer's wet dream. Three good looking lads with style and attitude, with singer and guitarist Luke Griffiths climbing all over the speakers, amps and drums. Every time you looked up you saw an image The Ramones would be proud to stick in the inlay of their record.


Joined by bandmates, Jake Elliot on the bass and a second growling vocalist Barney Nash on the drums, False Heads’ sound is as energetic as their presence. Fast and loud drums, driving bass and complex guitar riffs, this is punk rock the British way. It had the lively venue moving and dancing on a freezing Sunday night.


The boys left the stage in a right state, and left by brain just as scrambled. Raw, rampant and a shitload of fun. Make sure you catch these guys live soon, because the small venues won't hold them for long. Don't just take my word for it, either; Iggy Pop thinks they're mint! 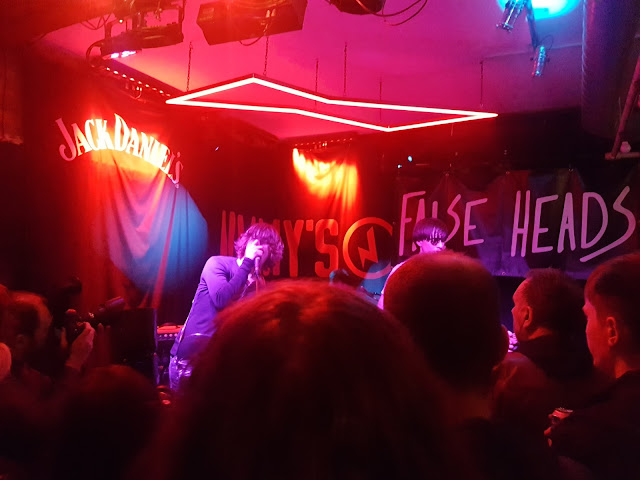 Now, any (legal) ideas how I get this energy to die down? I've got work in the morning. 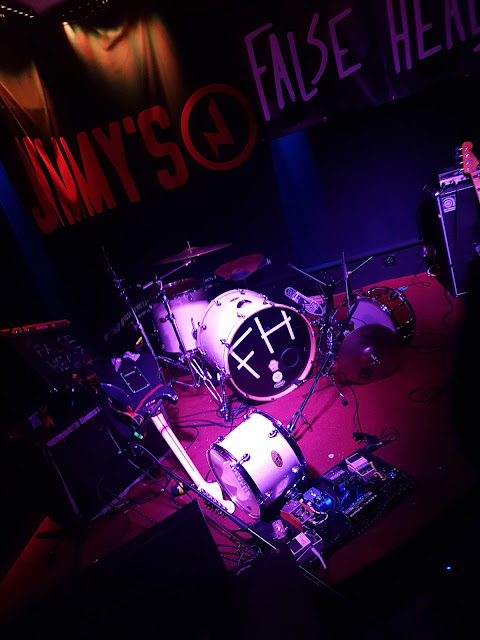 Go give them plenty of love on Instagram and Twitter. I'm not on Facebook, but I'm sure they are. You won't regret it!
By Mr Foxon - February 25, 2018